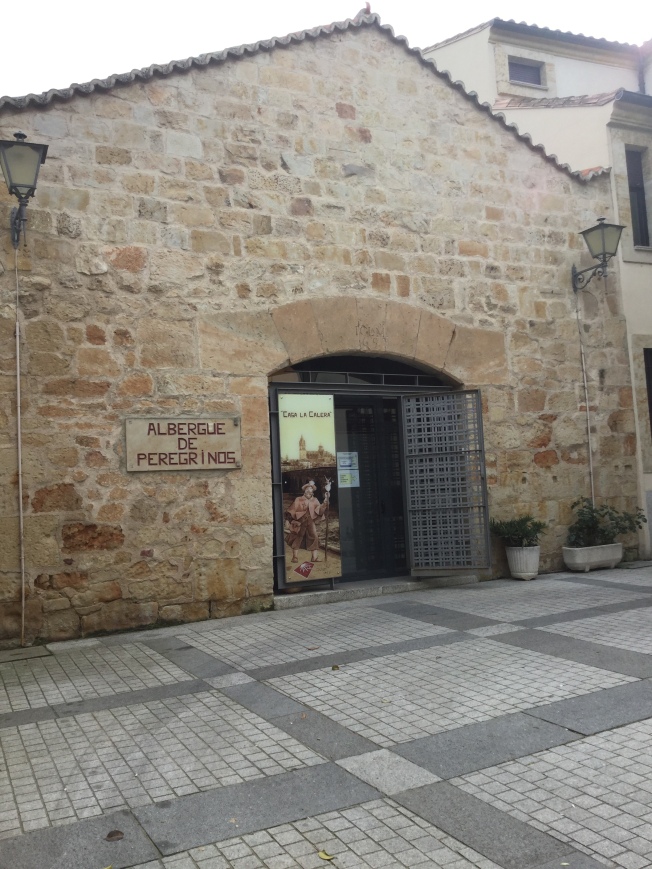 We have obsessed over the weight of our packs for some time,and in general have brought very few clothes. I am torn between being too cold, and my pack being too heavy. We did an accurate weight before this flight and I am at about 18 lbs. I even have ultra light sleeping bag. I think this has been harder for Ken who takes great pride at always being prepared for any eventuality. He HAS had to compromise. He has also been subjected to search by security with each flight, and something shows up on X-ray each time …….. The hiking poles, the bandage scissors, Swiss Army knife/fork/spoon.
All and all it does feel freeing to carry all luggage on the back. So much easier to get around transit etc.
We had our first “totally lost ” event of the trip at Madrid train station. I did try to make sure I had everything i.e tickets, on my iPad seems nowadays you just have to show up with proof of identity, paper tickets are seemingly blasé. But not so when it comes to train tickets.
Problem with learning another language is that it only gets you as far as ordinary requests. I knew donde este, hola, and billets, but not “please print out these tickets”
The other thing about the Europe rail system, called “Renfe” is that you have your ticket, know where you are going but you have to watch the big board in the station to find out which platform you need to get to, and they do not seem to decide which one it will be until about 20 mins before departure, so VERY different from planes. Of course this would only be of interest to someone actually traveling here, but who knows perhaps I might inspire someone. It seems so useful to know the system when you do not necessarily know the language.