We are in Lubian now and had quite the experience today. We had a wonderful hike up the 320 meter climb today, and figured it was like climbing up to the road from our cabin twice ( with 20 lb packs on). Had a  wonderful time,and then settled into the “casa rural”, which I figure is sort of like a bed and breakfast. We then went to the bar and were just settling into our second glass of vino tinto, when all of a sudden there were some loud popping sounds and people were running, some appeared to be “hitting the deck “. I guess in the world we “live” in, our first thoughts were gunfire. Then a woman was running up the road yelling in Spanish and many men were running towards where she came from. Turns out that a house was burning down. Sounds like an elderly couple and a barbecue???

We ran down towards the fire with the thoughts of somehow helping, but the intense smoke made it impossible to see, or breath, for that matter. This is a small town, perhaps 300 people, and everyone was trying to help. Many people ran home to grab home fire extinguishers, which seemed to do very little. The only hose seemed to have such a small volume that it seemed to do nothing. I am sure it took at least 90 minutes for the fire dept to arrive. We were thinking that the closest fire dept was likely pueblo de sanabrio, and likely volunteer, so took awhile to get together for the 30 km trip.
It was a rude awakening, to the feeling of complete helplessness. Even if someone had been in need of medical help, they most likely would have needed oxygen which would also be a long ways away. 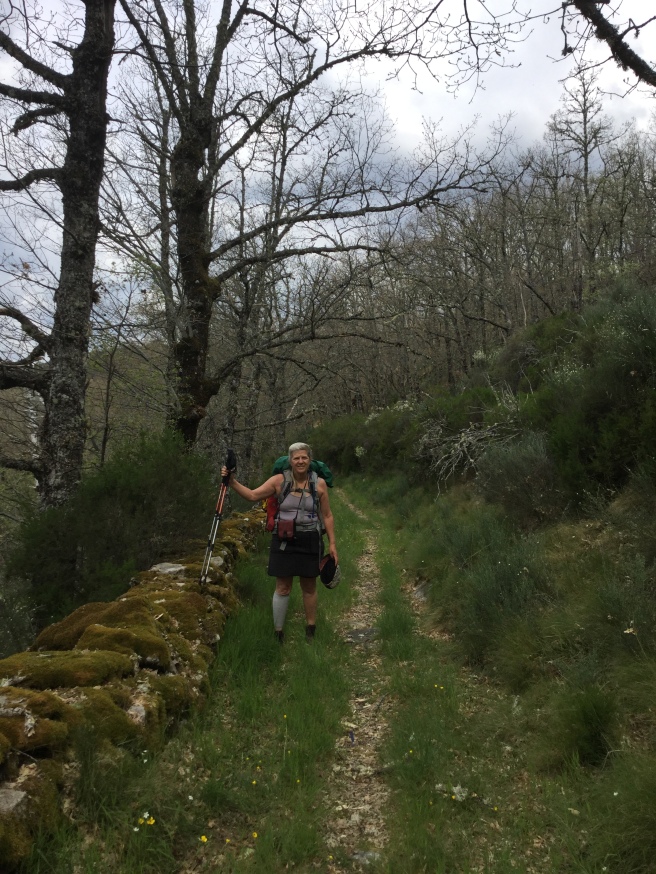 I think we are doing pretty darned well for what I might have considered “old folgies”, at one point in my life. I will be 60 in a few months and Ken will be 62 in a few more months. Neither of us really have any complaints to speak of. Interesting though, I do have a rather chronic problem with lower back pain (like about 70% of the population my age). On X-ray it is the facets that are arthritically deteriorating. I was concerned about this trip and carrying a pack etc. Well surprisingly that problem has disappeared……seemingly cured…… I am thinking that the pack works as a back brace, and my back is loving it. Isn’t that odd?

One thought on “Fire on the mountain…..”