Today was the day our friends, Greg and Helene, (whom we were traveling with), arrived at the end of the Via De La Plata. They texted us when they were 10 km out, and we decided to go to meet them. We found out where the trail ends, and followed it backwards. Oddly, at about 1km back, we encountered “the scene of the crime”……..where I fell 2 days ago. Ironic that it was actually on the Camino trail, after all. We stopped in at the store where the shopkeeper had called ambulance for us. He was visibly happy to see us well.
For some reason our friends had understood the message that I had broken my leg, rather than my shoulder, so they were QUITE surprised to see us on the trail. We walked out about 3 km to wait for them. It was great fun meeting all the pilgrims who were almost to the end of long journey. Some had even come 1000km.

Helene, Greg, and Marianne (from Holland)  Cheers to a great accomplishment.

Some NEW friends, the 2 Marie’s. 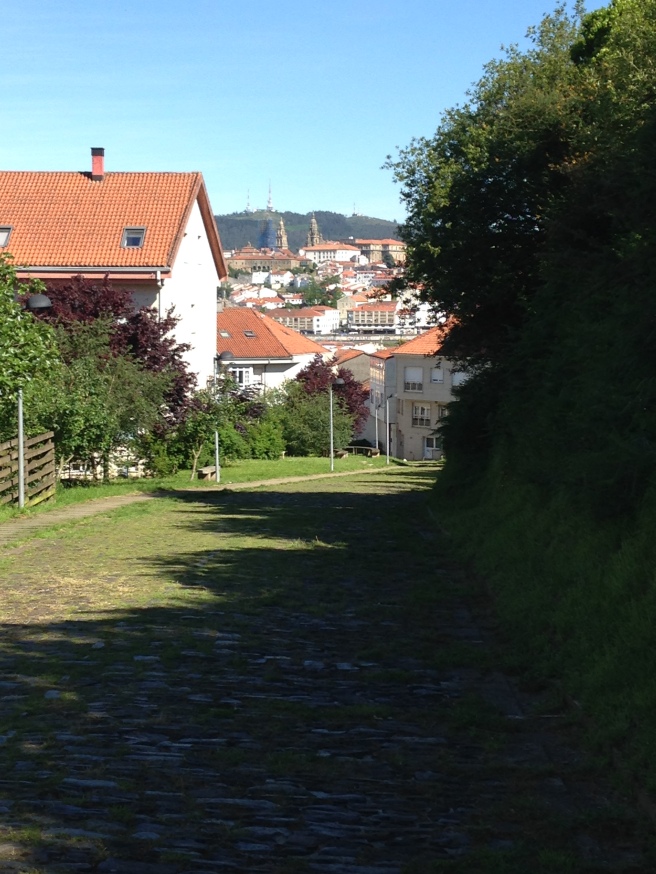 The first view of Santiago de Compostella, from the Via de la Plata 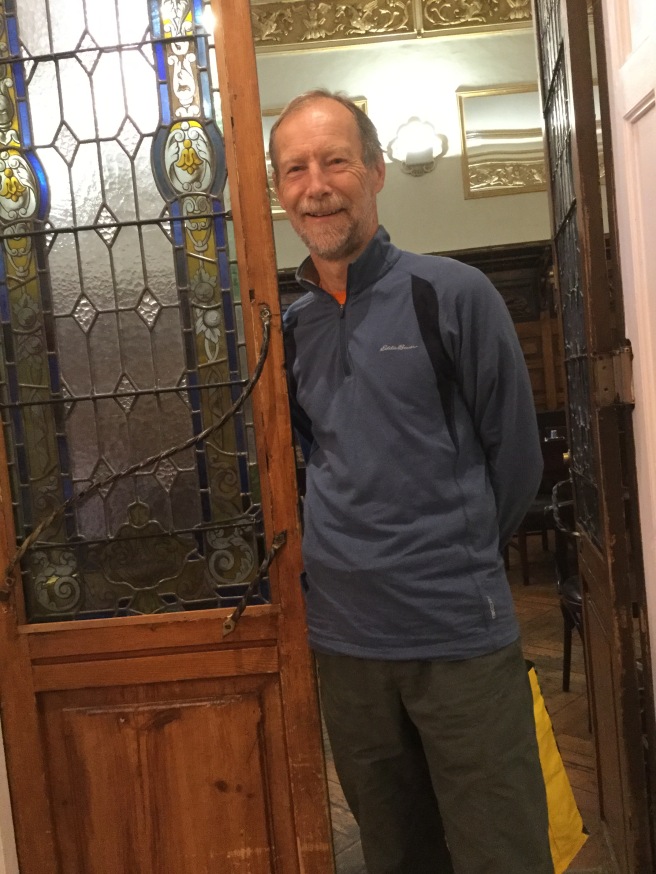 This city is truly one I could spend a long time in, so much to see. Ciao