Since this blog is about obsessions, and since ours change frequently, I thought I would lead on to our NEXT obsession and that is our cabin.  We bought a rather remote, rudimentary built, boat access only, cabin in 2014.  The cabin was built with half round 3 inch vertical  logs. Half round on outside and other half round on inside, staggered.  No insulation, and very few windows, but a gorgeous spot nonetheless. 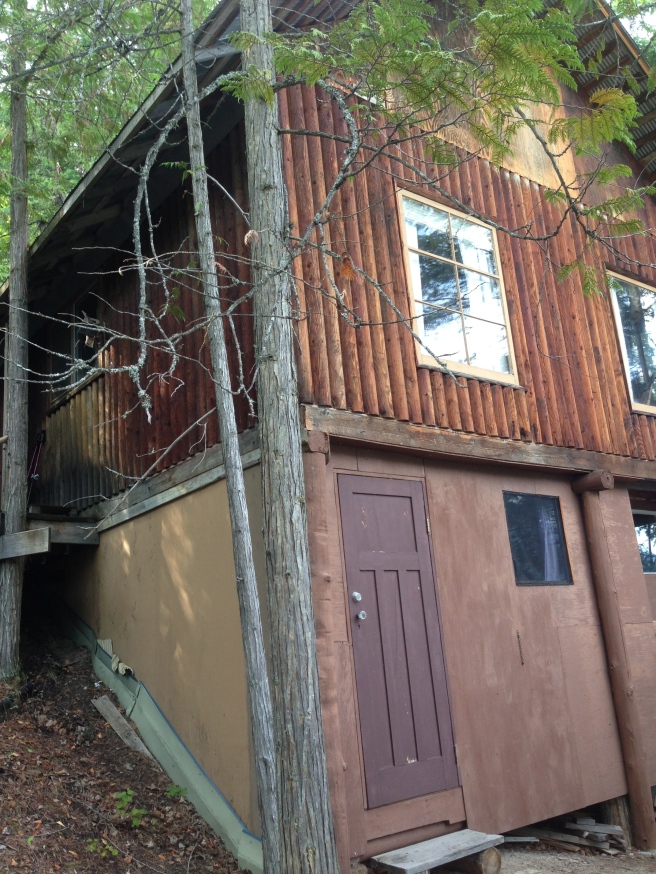 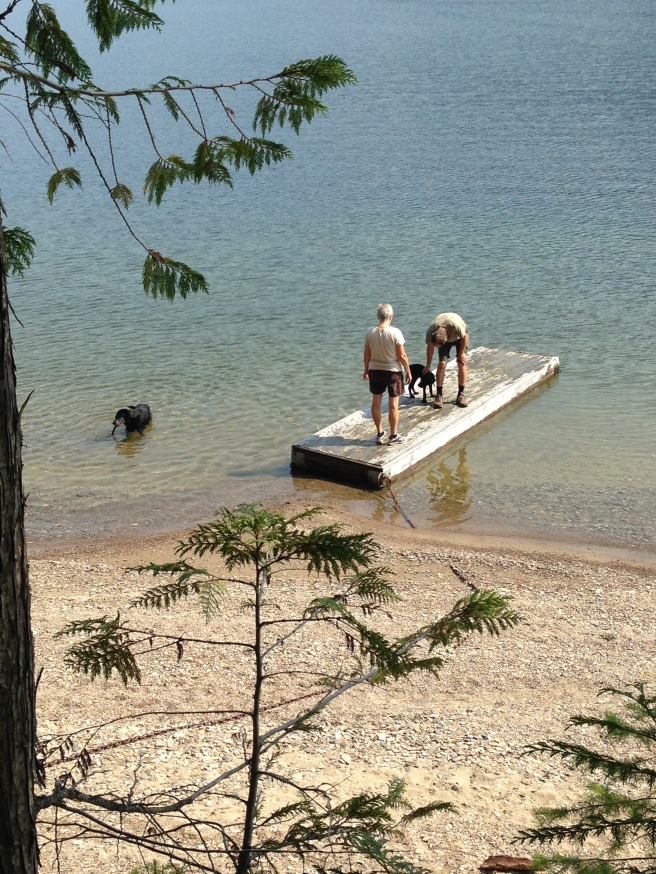 So the day we purchased this place was also the day we officially retired from active practice (Sept 11 2014)   Needless to say, we had not factored this cabin into our retirement plans, so our “budget” is small.

We first talked about building a very small “tiny house” and leaving the cabin as is (known to the neighbours as the “the rat house”).  To tear it down would be a massive undertaking, especially by boat.  We also realized that the cabin was on the best spot on the property, AND had a very solid foundation.  But the cabin had NO insulation, and NO LIGHT. Very very dark. In order to stay at cabin in the spring and fall we would need both light and insulation.

So after a winter of thinking about it Ken came up with the most ingenious plan. We would take out 8-10 foot sections of existing walls, build 2×6 framing to put back into the space. My sister at this same time (spring 2013) decided to replace all the older wood (double paned) windows in her house, and donated them to our project. THUS providing the means to totally insulate the cabin, AND allow light in, in small increments.  The first step was building a deck, which would act doubly as a deck, and scaffolding for the project.

And so the project began,  July 2013, bearing in mind that the only way to the cabin is by boat…… and we have no electricity

I thought how this has been done has been quite interesting, and not quite as disruptive as renovations tend to be.  I will do the blogs in stages to keep them from getting too long.