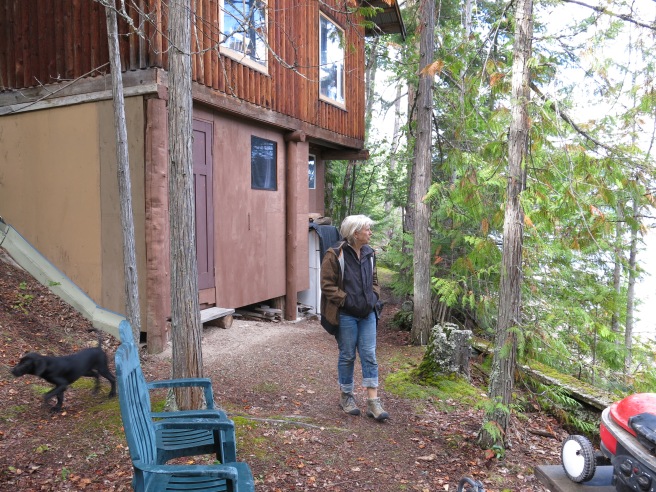 So the first step in the transformation of our cabin was to add a deck, which we planned on anyways, but also needed at this stage as a platform to stand upon to deal with heavy windows.  First the concrete footings and the joist hangers…..

The posts used for the structure of the deck was salvaged posts we have found on the beach.

We DID splurge on the joists for the deck, with treated lumber.

But the decking is all wood we have salvaged beach combing remote beaches, hence the colour patterns. 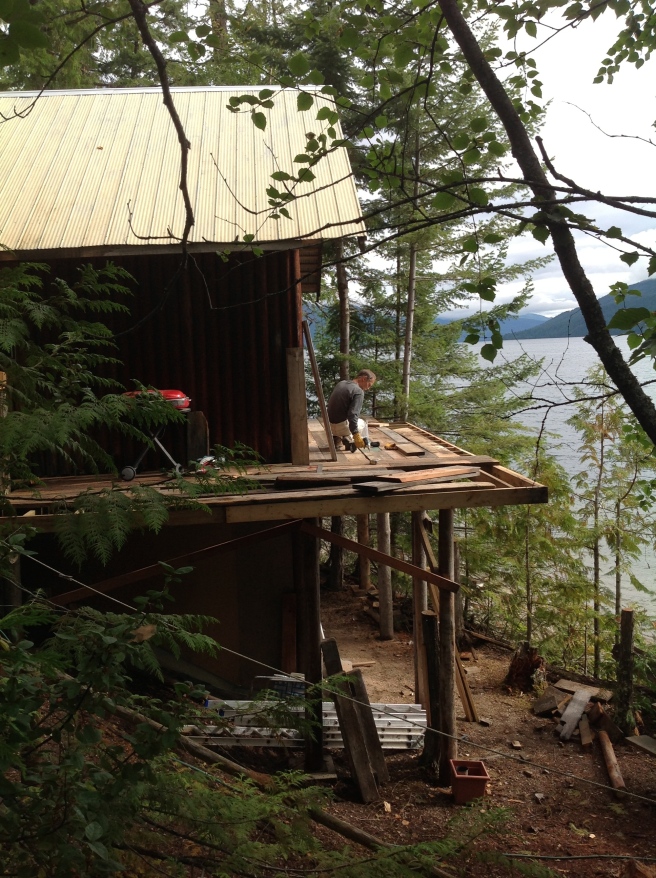 So the finished Deck with solar panels. We now have the Makita set of cordless tools, that we (Ken) can just charge with the solar power. WE even have a circular saw that is cordless.

We are thinking we will have to watch the boards carefully for signs of rot, and replace them PRN.

So here is the first (the VERY first) step of tearing down the walls of the cabin.