So the first step on the east wall (the one facing the lake) was to tear out 8 feet of the wall. In each case of “wall tearing out” we had previously calculated what was going to replace the wall.  In the case being shown in this first part, it was a door (with windows) and a large window.  Ken had made the plan back in Scotch Creek, and cut all the 2x6s to size and we had brought them ( and the window and door) in the boat, to the lake. He had then built the frame on the deck and we had then tipped it up into the space left behind by the previous wall. ( I will show this more clearly in upcoming walls) 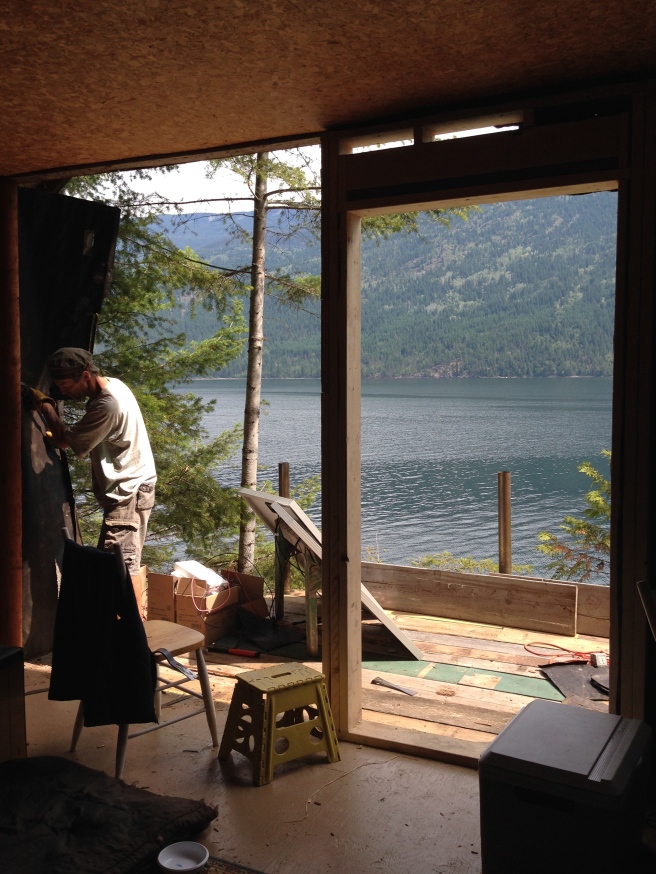 You can see here that the frame for the door has been put in first. 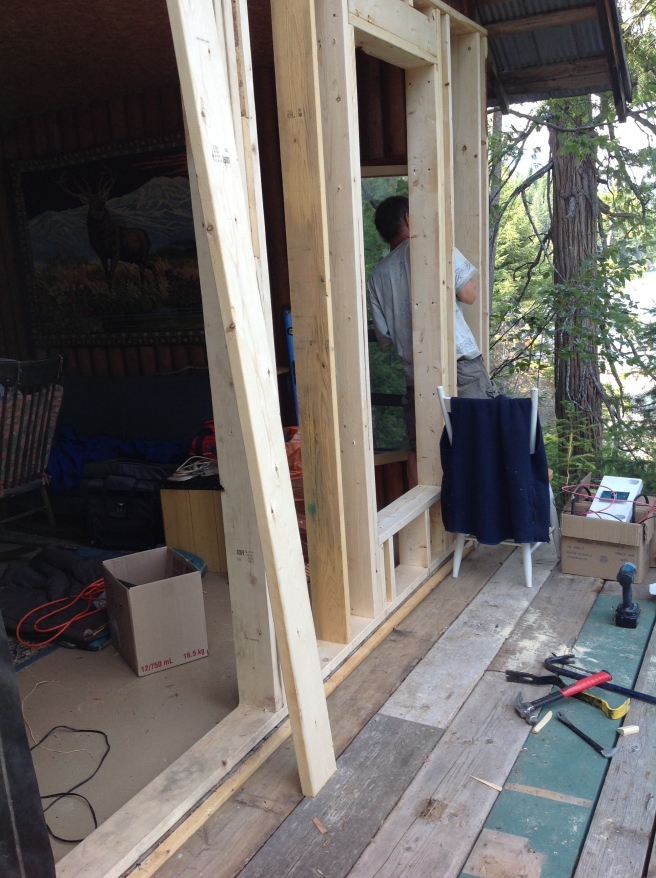 then the window framing…

the put the window in, and the door

Then the plywood to make the outside wall. The windows that my sister gave me where painted white and not sure HOW but they became RED….. 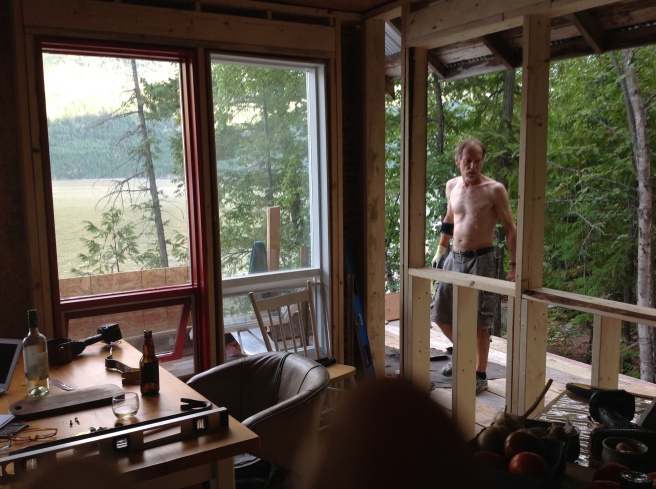 I should point out that the cabin had one small window on the south facing wall and when we started going to cabin on september 11 2014, we could not actually see anything in cabin after about 3 in the afternoon, with essentially no south facing windows. TOTALLY CANDLES  …… THIS step changed all of that.  SO Ken is standing on the south wall area in this picture. 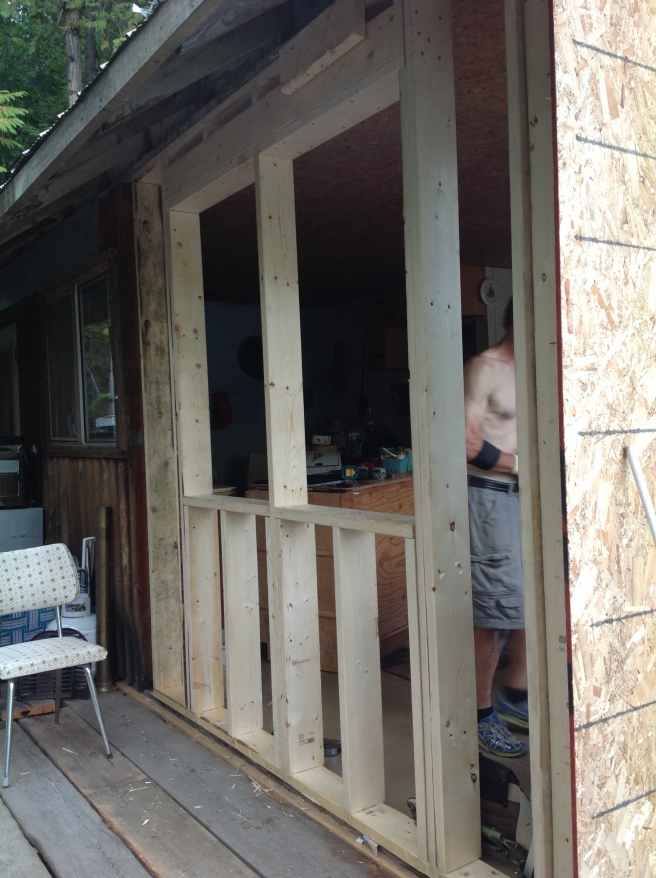 So this IS the outside of the south wall, framed at least.  This window pair changed everything, as it brought in the sunshine.

this next picture is the east wall, facing the lake. WITH WINDOWS. 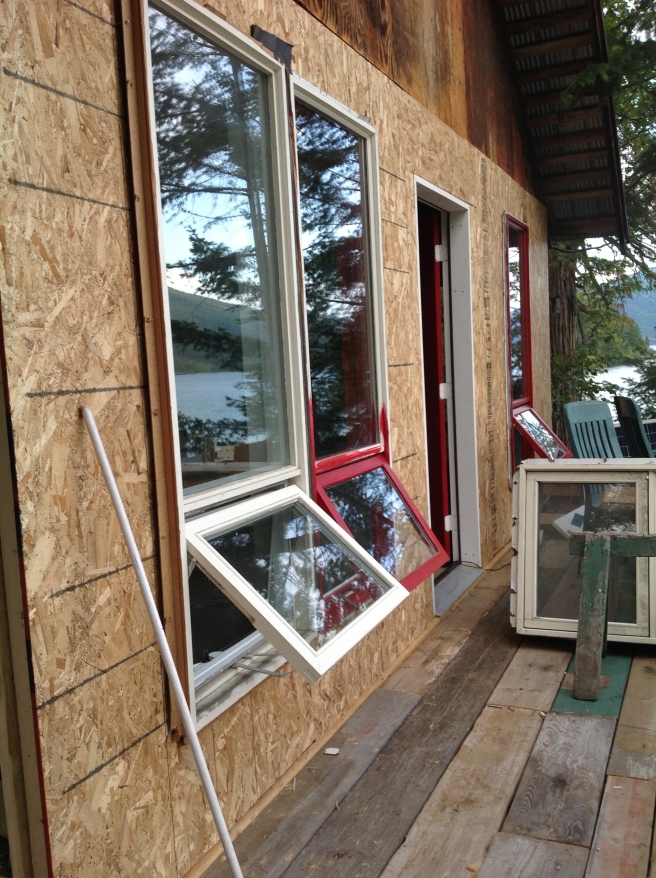 THIS is the south facing wall with windows. 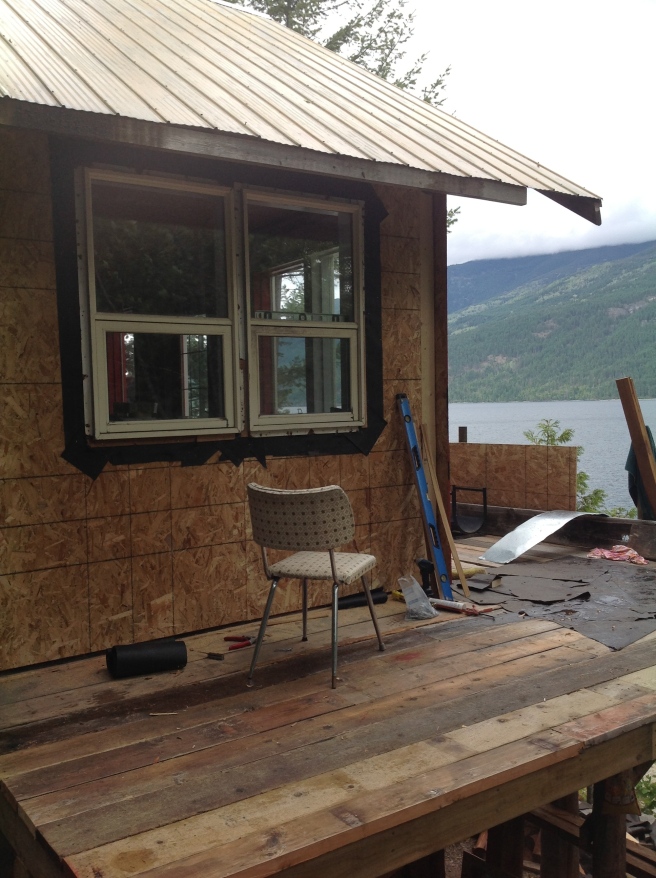 So this is the southeast view of the most recent renovations. (circa August 2015)    I should point out that all of these changes were made last summer and I felt that prior to posting the most recent changes, I should bring the story up to date.