SO the very next thing we did was to get a railing on the deck. We had found some brass posts at an antique store and had been waiting for a place to put them…. and then on Facebook a friend was selling some 1/2 inch tempered glass deck railing that had been an 1/8th inch out off of what was intended for the fancy schmancy deck for a house on the shuswap.   Now getting the glass out to the lake was a bit of a challenge, but the friend who sold them to us, also helped us get them on the boat, and up to the cabin. 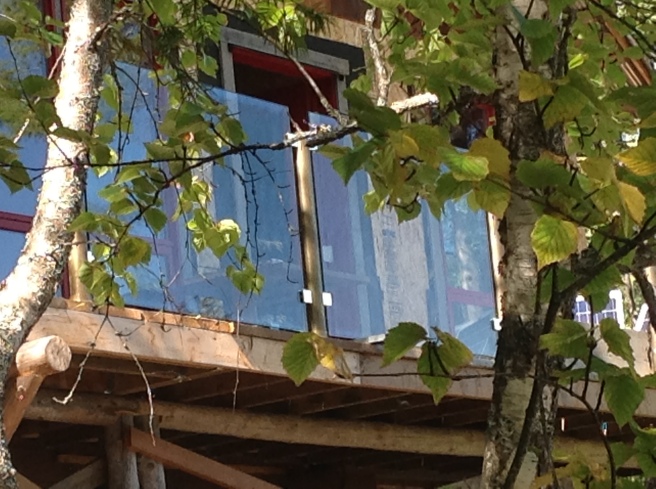 So now we do not have to worry about anyone or anything falling over.

The next step was to put the door/window in the north east corner.  We were struggling to find a window that had the height to show the view to the north part of the lake, and we found a store that was closing/retiring and selling all the windows/doors VERY cheap, so this door/window was tempered.   First step was to tear out the existing boards.

The construction of the 2×6 wall. Everything was cut back at home and pieced together here. 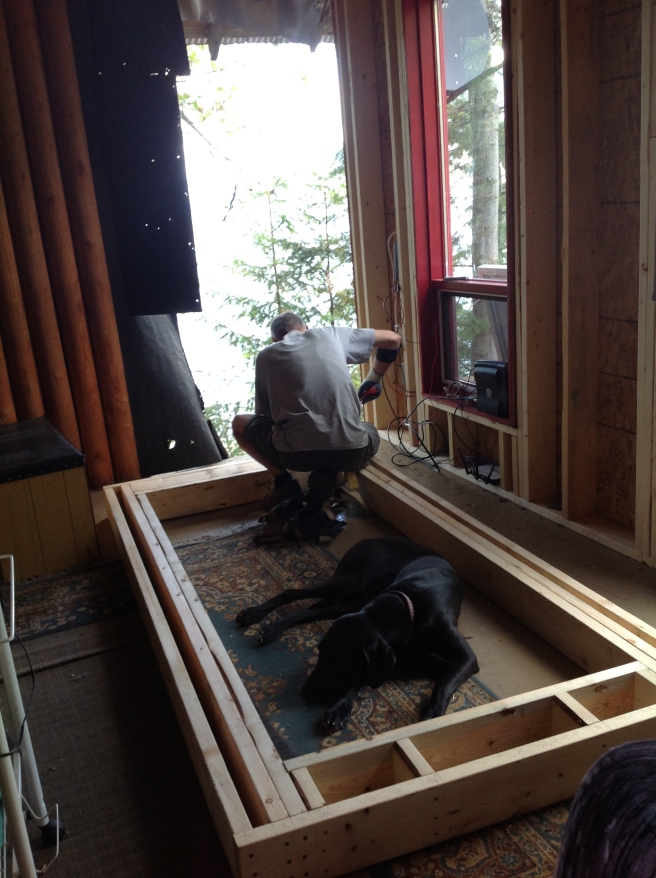 Then we angled the wall under the existing wall and hammered the bottom of the frame in with a sledge hammer.  (to MAKE it fit) 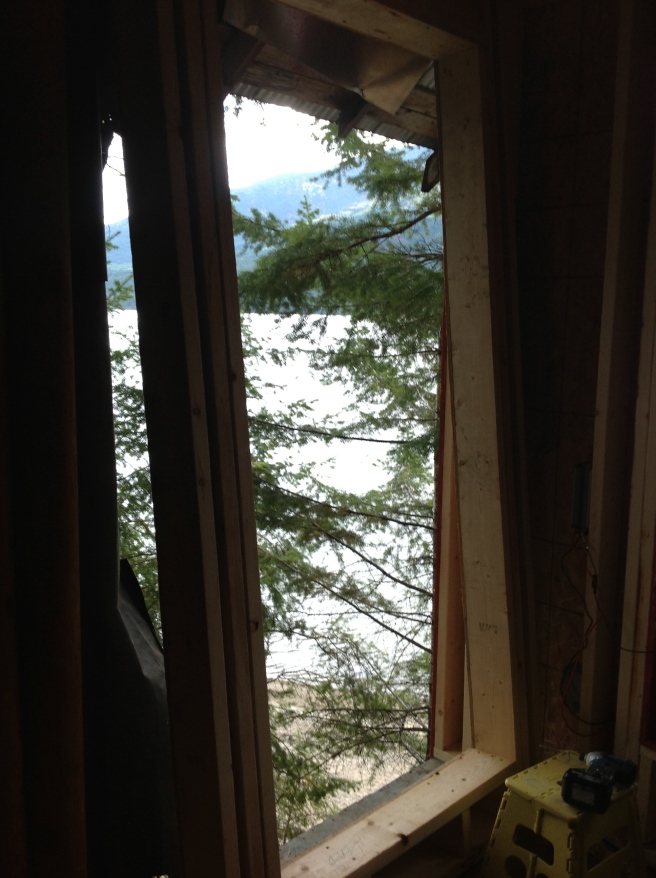 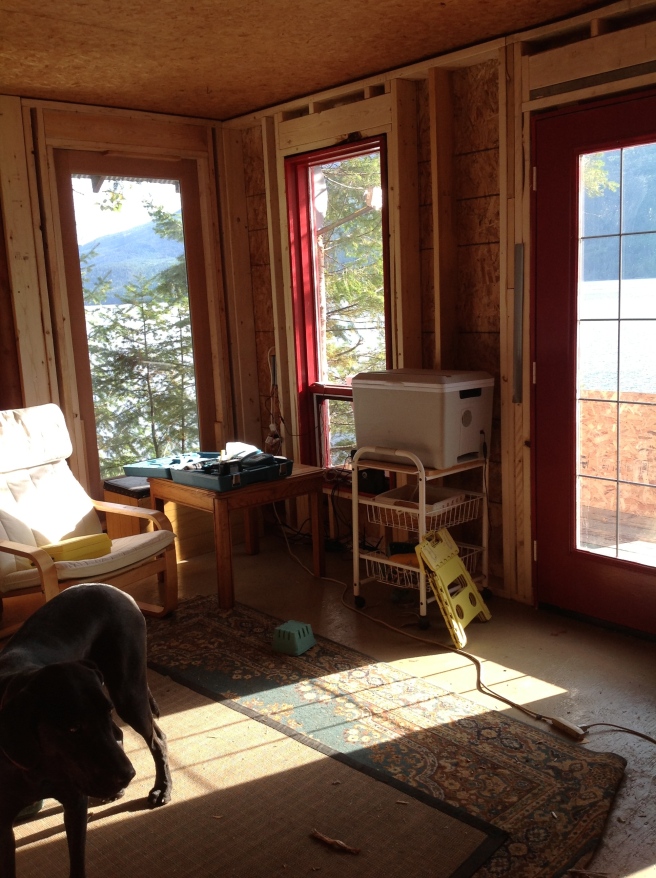 Then POP the window into the space.  Such a nice view.

ancient indian writings on a cliff/waterside up the lake.    THIS ends the projects for the 2015 year. After this we went down the coast of Washington/Oregon/California for the winter.    TO BE CONTINUED…………………………