mount Shasta  with some tourists and a dog

Hard to know what gets you going in one direction or another. This time it was rocks, saw a reference to Burney falls in a rockhounding site, saw there was an open state campground, so headed there.

Apparently one of the oldest of the California state campgrounds. Theodore Roosevelt declared the falls “the eighth natural wonder” in the world. Not sure where that went, but the falls are extremely unusual.  There is the main falls, 129 feet high, coming from Burney Creek, and then mid way down the falls is another set of falls that is essentially springs coming between  VERY old volcanic rock and someone old volcanic rock. 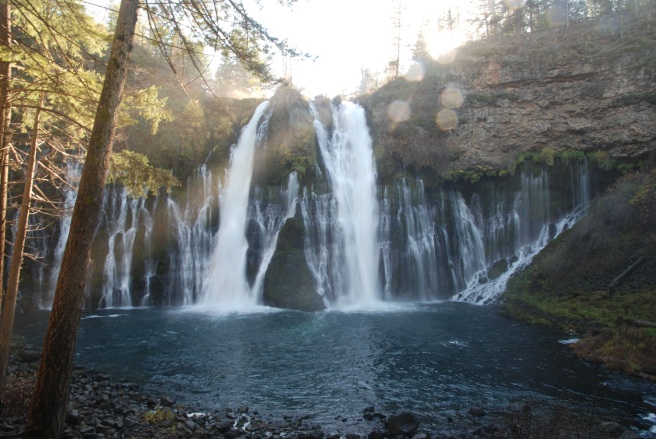 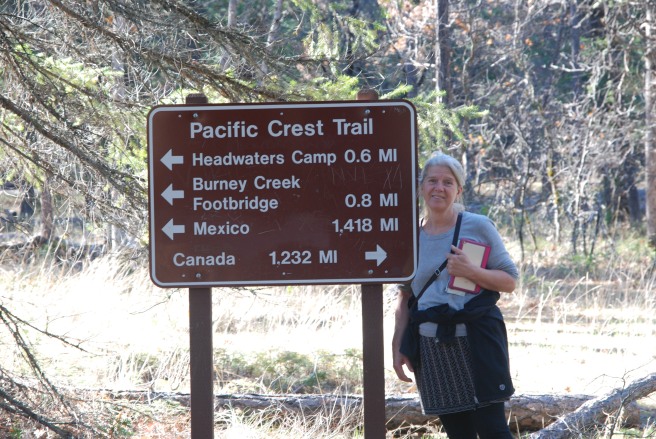 So we now have hiked two parts of the PCT, and both have been beautiful, so we are having “stirrings” about perhaps one day hiking it.  Advantages over the Camino, you can camp anywhere you end up, disadvantages, you would be camping in a tent. Other advantage you can bring your dog on the PCT, not the Camino.  MMMMM  I am sure that the camping mattresses MUST have improved in 30 years. (since we last tented) There is a pioneers graveyard.

No rocks to speak of, but volcanic rock everywhere.  The campground is exquisite, with large sites, essentially no services this time of year though.  Our motor home has generator (for running my blender) and solar panels for running almost everything else, so we can stay for up to several days in these  campgrounds.  The hike down to Burney Lake was very foggy,so great for pictures …MY boys. 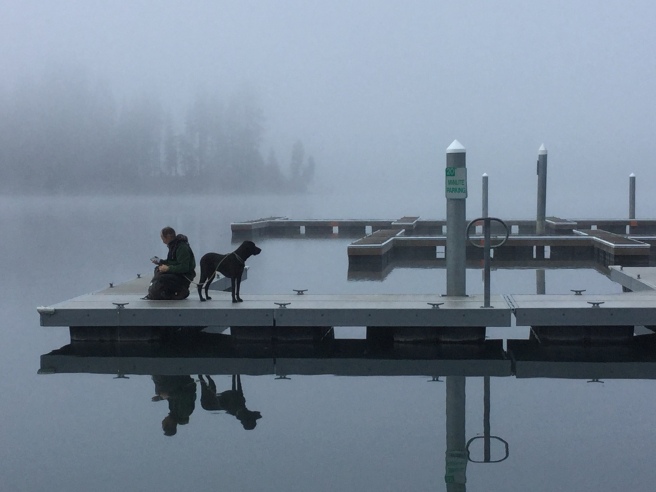 Then onwards to Nevada.