Canadians, for the most part, had never heard of Poutine, until it was discussed as being a Canadian dish 10-15 years ago.  It was actually a Quebec dish that gained popularity there in the 1950s. 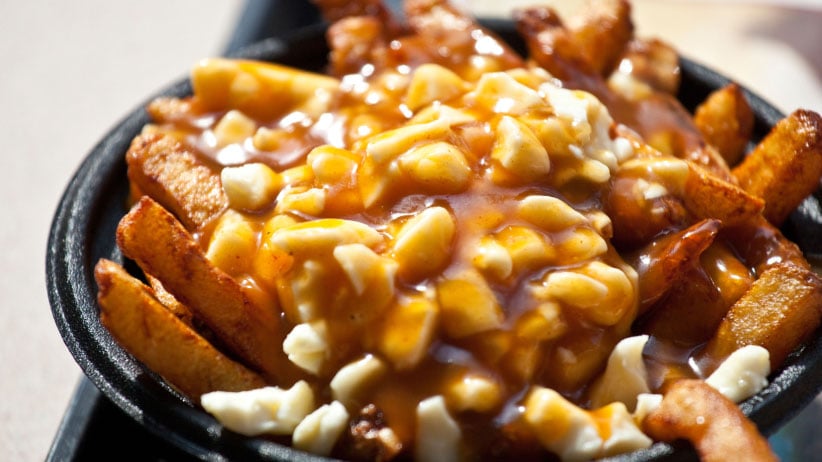 However, CHIPS and gravy are MORE of a Canadian dish.  In high school, it was a daily lunch dish at the cafeteria, and served in most restaurants that served chips (of french fries)

The gravy differs from the US gravy found in biscuits and gravy there, in that it is a brown, beef gravy whereas the American favourite dish is made from sausage gravy, and a much lighter colour. 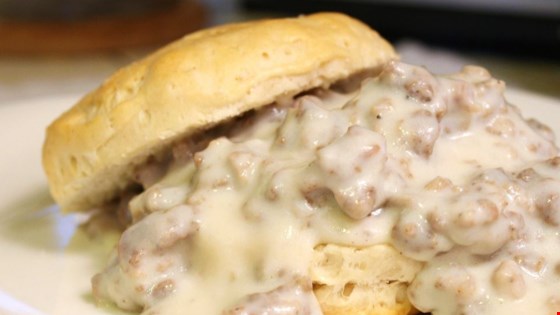 During the 13 years we lived in the US, and all the travels to there, I am proud to say I have never had biscuits and gravy.  That being said, I have rarely had chips and gravy in the past 20 years either. This is mostly because the gravy is high in fat,  and the chips are deep fried and high in fat, and fat is something I have tried to minimize over the years. (family history of heart disease)

This past summer I grew a bumper crop of potatoes for the first time ever. We had buckets of potatoes to “use up” before leaving for the US, because they could not  cross the border with us, being a root crop.  So we had potato dishes almost every night for a month.  Scalloped potatoes, potato soup….. more scalloped potatoes, but as the title suggests, I have delved further into chips and gravy.

Potatoes are such a great comfort food, but have gotten a bad rap as being unhealthy.   According to the USDA, over half of all potatoes in the U.S. are sold for making French fries, and this is perhaps why potatoes have such a bad reputation.

“100-gram (g) or 3.5- ounce serving is a little more than half of a medium size potato. This much white potato, baked with skin

I read a book a few years ago about the early gold diggers in the Yukon, and Jack London became well known writing of his experiences at this time. However the book I read was ABOUT Jack London and how closely he came to dying of Scurvy, a disease caused by lack of Vitamin C.  He (and many others) were saved by those who brought potatoes …. and even just potato peels contained enough vitamin c to save them. The book was “the gold diggers”

Because of a “preexisting” medical issue, I have an increased need for Iron, potassium and calcium so it seems that potatoes are the veggie I need MORE of.

So given all of this information, I have decided to work on creating healthy ways to make chips and gravy.

First off, I had to experiment a bit about how to make the french fries.  My first few tries worked out poor, because without oil they stuck miserably to the pan, even the tin foil.        So then I tried 💡……… wait for it…. Parchment paper on the pan. VOILA!

Another issue is the size of our oven an only one rack, I got around this by putting the second pan crosswise over the first pan and it worked quite well.

Then for the gravy, I fried up the veggies I wanted to use, onions, garlic  broccoli and mushrooms.(this  part is TOTALLY open to  creativity.) Then added 3 cups of stock, (I used this stuff, but in the future will make more of my own broth with garlic)

Thickened this with a paste of flour and water, added herbs from garden, oregano, and presto.  Janet’s Chips and Gravy.

I thought it fitting since we are now in Idaho to tell my potato chips story here,

I AM thinking, I COULD do a recipe book on healthy versions to make of chips and gravy.

We are camping on the beautiful Snake river, and likely heading to Nevada today

We have been blessed with warmer weather than is usually this time of year, but this is going to end soon, so we will need to get further south.

Much Love, Janet, Ken and our gravy loving dog Tucker.

One thought on “Chips and gravy….”