We do not have many new rock finds to report, we have had several things impeding our rockhounding, some I have pictures of and some I do not.  (for what will seem obvious reasons)

THEN a few of these,…… dammed Tucker went after a cow, and then the calvary showed up. THANKS TUCKER!!!!

We DID come across a rattlesnake in an unexpected place (sorry no photo), it was a rather muddy field and we were trying to walk on the grasses, and Ken stepped on a grass and suddenly a rattler raised up in a grass next to him.  He backed away and did NOT take a picture.  We are NOT into risking our lives to get a good picture.

Later a coyote started howling and then barking, not far from us. (fortunately Tucker is not into chasing coyotes)

We even stayed at Rockhound state park and did not find ONE interesting rock, but quite a beautiful campground, sitting out on a lower ledge of a mountain over looking miles of flats.

I DID make the mistake of backing into a cactus plant and ended up picking barbs out of my butt for awhile.  I have to think that this  campground which has been set aside for rockhounds over 20 years ago, perhaps might have been over picked….but the plants were very healthy…. and pretty.

Of course the ROCKHOUND always likes to be the first one to see everything, while he drools all over us.

We found a great BLM site southern arizona, almost on the border of Mexico.

We decided to camp here, looked like lot of people in and out of here. The book DID warn about it being a common drug drop off place……

but there was also the border control blimp in plain view…. we thought we MUST be safe ??? 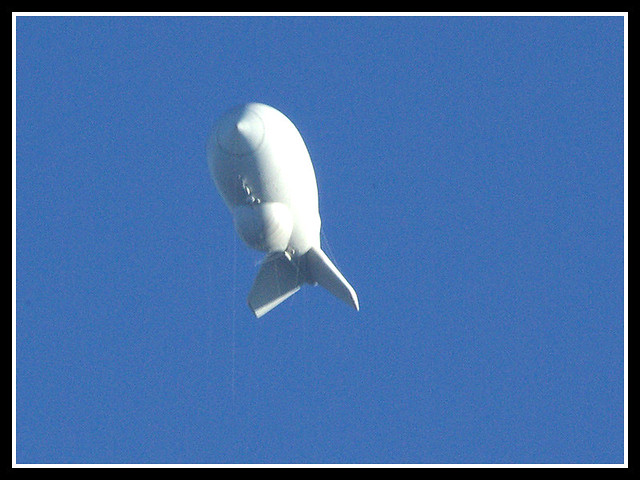 SOOOOOOooo as it began to get dark it did not feel quite as comfortable as it did in the day time, everyone had gone and we were alone……. alone except for one more car. Turns out that the guy with the other car, had lost one of his dogs, he came back calling for his dog, and Ken went out to help him look for dog.  I thought about taking Tucker, but he would only complicate the issue. So the guy with the help of Ken (and Kens Flashlight) were able to find the dog, she had chased after something and gotten lost.

The guy was extremely appreciative to Ken, and he left. and we sat there, suddenly feeling QUITE uncomfortable. SOOOOO…… we left. It was 7 at night, totally dark but we decided to move on.

So we headed for Sierra Vista, and none of the campgrounds had openings. We thought we would see what was going on at Walmart, and getting onto wrong road, we ended up in a unturnaroundable place in walmart.😬  WHOOPS

But suddenly a lady in the parking lot saw us and moved a barricade and let us through, Ken called her an angel.  We then headed north to find a spot.  My camping APP, directed us to another place that was very hard to find in the dark, but we arrived and there was no instructions on how  to get a camp spot (the way there usually is) We went into the place and there was a bit of a party going on, no one who worked there was present…… but a guy (not a worker there) directed us to a spot and told us when management would be there in the morning (another angel)

SO the third angel (karma, or however you see it) …. We went up to a site to look for rocks, 3.5 miles off main road. We left motorhome behind and went in a rocky road. Had a great walk, watching VERY carefully for rattesnakes. Did not find a thing, so took the jeep back to where we had left the motorhome.

We got back and Ken realized he had left his cell phone on the back bumper of the jeep where we had parked to rock hound.

He drove all the way back to find it, even went into a house in the area and told them about the missing phone, then came back to Motorhome. We decided to all go back and look for phone, and we even walked for part of the way searching for phone. Did NOT find it, so drove back to the motorhome and while Ken was hooking up the jeep to motorhome, a guy came by, with his phone. He had found it in middle of road face down. SO we had likely driven over it 3-4 times

The phone’s screen was ruined, but we are able to get the SIM card so we can just put the SIM card into another phone and BOBS your uncle.

SO moral of the story,  DO help people find dogs……. not just so nice things will happen to you, but losing dogs is very sad.

Much love from Janet, Ken and Tucker, the back seat driving hound dog