Now this is where things begin to get interesting.  We decided to add 3 feet to the back side of the cabin. At the time it seemed that these walls were going up so quickly, why not just add a little space at the back. It has been a rather large project, and me with only one arm to help with have not been the biggest help.  The width of the cabin is 19 feet, but we only added the 3 feet to 12 feet of the back because some trees back there had extensive root systems. We also found that the south west corner of the cabin has started to rot, which made the  addition off the back quite worthwhile, because otherwise we would never have found the rotting boards.

So here is a rough drawing of the reno of the cabin. The right side is east, and the deck and the lake.   Top north, left the bank and west.   This post is about the northwest part of the cabin, where we are adding 3×12 off the back. 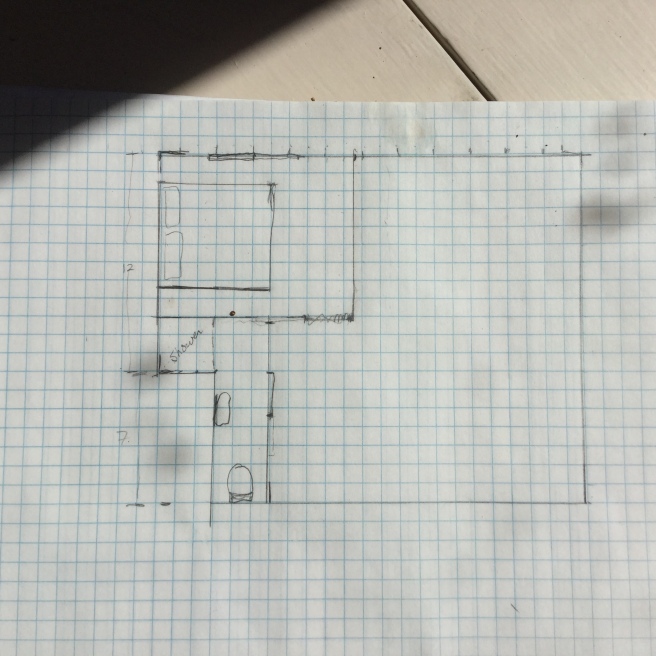 First we dug down and found that the southwest corner of the cabin was rotting…. on the right side of this last picture.  So we cleared away the rot, covered it with metal flashing, and put in the 3 concrete forms, poured the concrete and then removed the forms, you can see them here 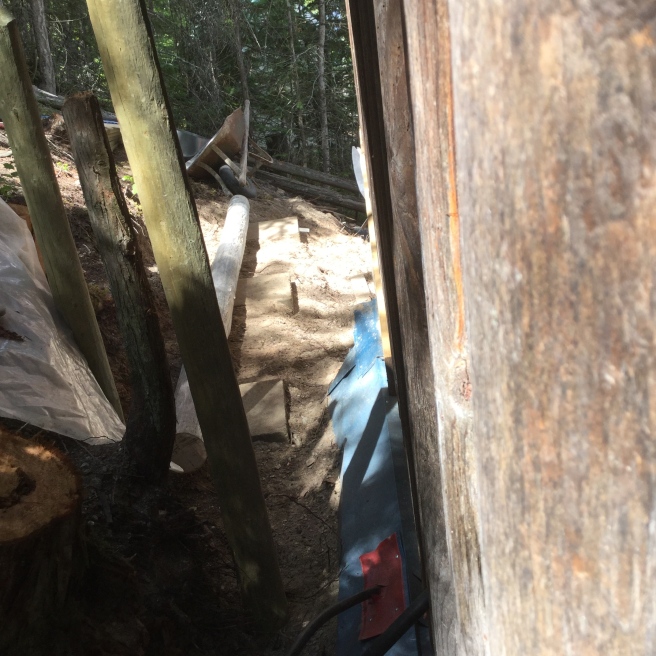 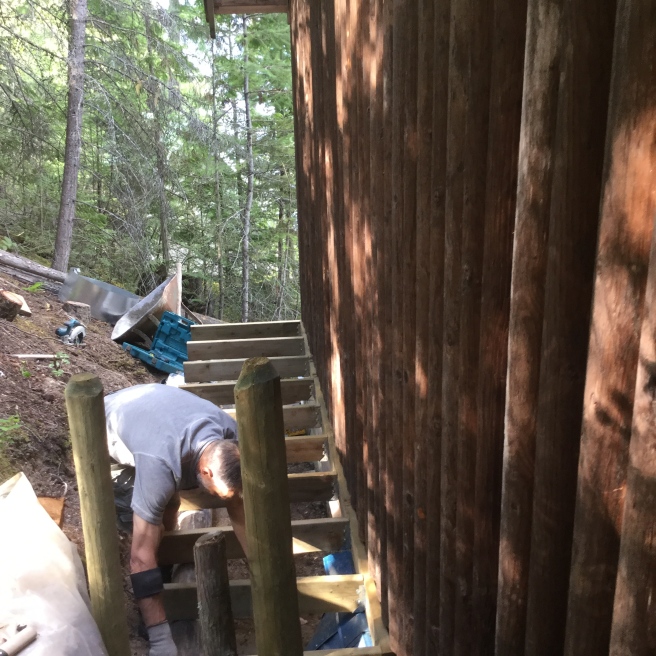 So what is being built here is the floor for the addition. Ken decided to build the floor before he took down the existing wall, to allow an area he could work on the frames.

and from the outside. Half of the window was not actually a window but a piece of plastic.

a portion of the

and the frame for the north wall.

This was the hardest piece we have yet moved, it was so heavy and we had to get it all around the corner. So the west wall is still present and as you can see it was pouring rain while we moved this piece into place. 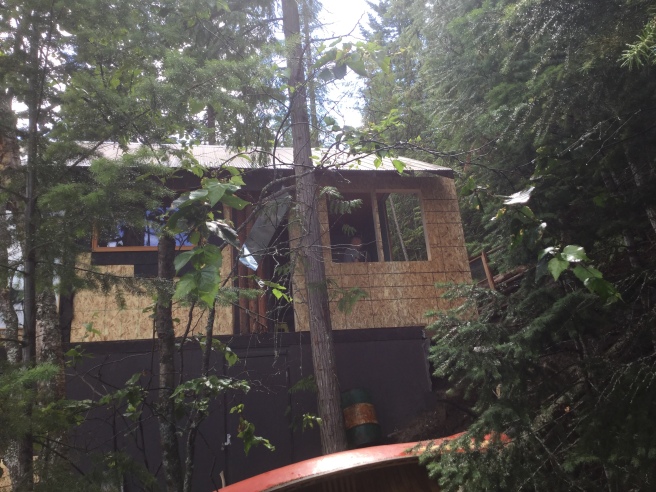 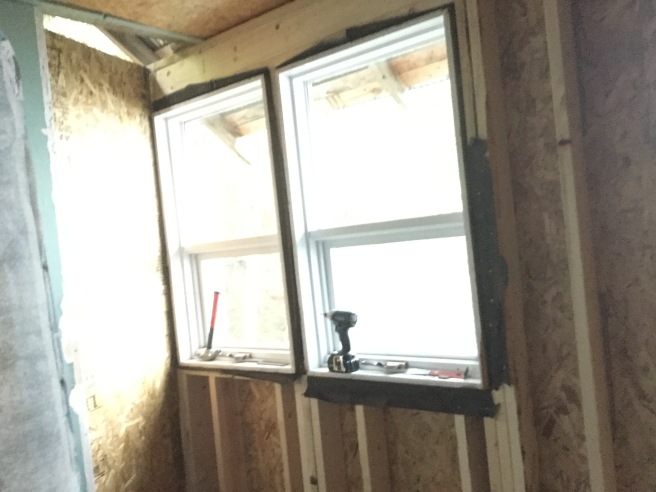 … and from the inside.  We then just boarded the open spaces closed as we were not ready to put in the west wall piece… and that is the one to put it all together.

… and then after the rain……

2 thoughts on “The northwest corner addition……”