OK, I feel that perhaps this part of the project is a little tedious for the reader, however I feel that it is important to document all of the changes, so that things later on can be more readily understood.

So the next step was to frame in the outside wall of the addition, prior to taking down the OLD wall. This part was frustrating for me as I struggle with delayed gratification. I want to see it all right now.

OK so here is where we left it off, a wall extending out further than the adjacent wall…. leaving a HOLE IN THE WALL.

So this is Cooley, my son Dylan, and his girlfriend Sarah’s pup.  I told Coolie that the wall was going to fall down and she is watching patiently.

So this is the frame of the back wall of addition… the west wing…..

Ok and now the roof of the addition…… 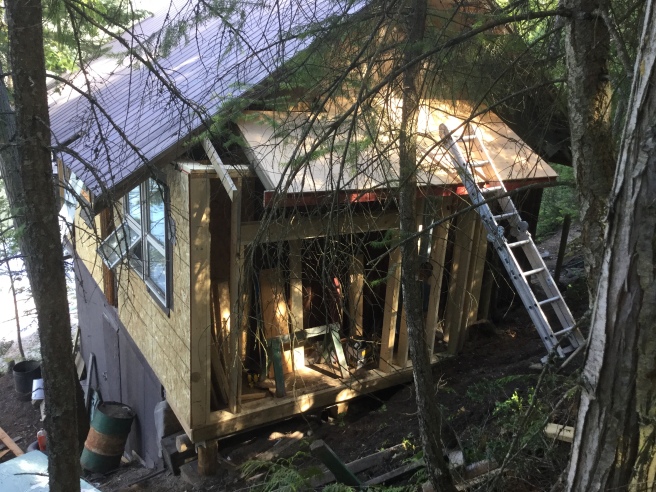 TIME to take Coolie home and she has never been in a boat…..

Outside wall of west wing 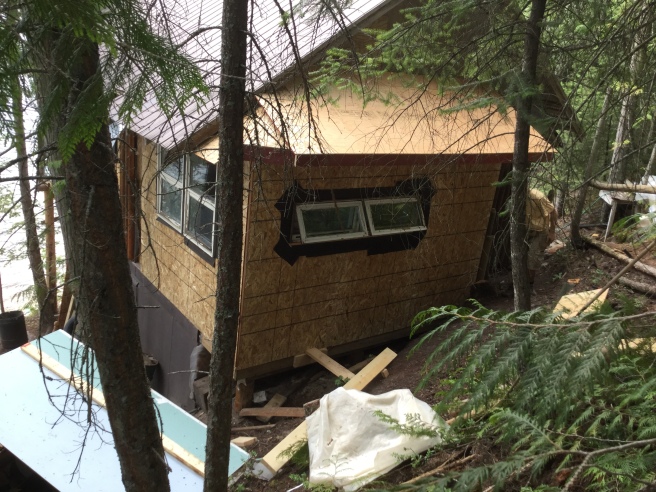