We have left the cabin tarpapered for the winter, planted 1200 garlic, harvested our grapes, 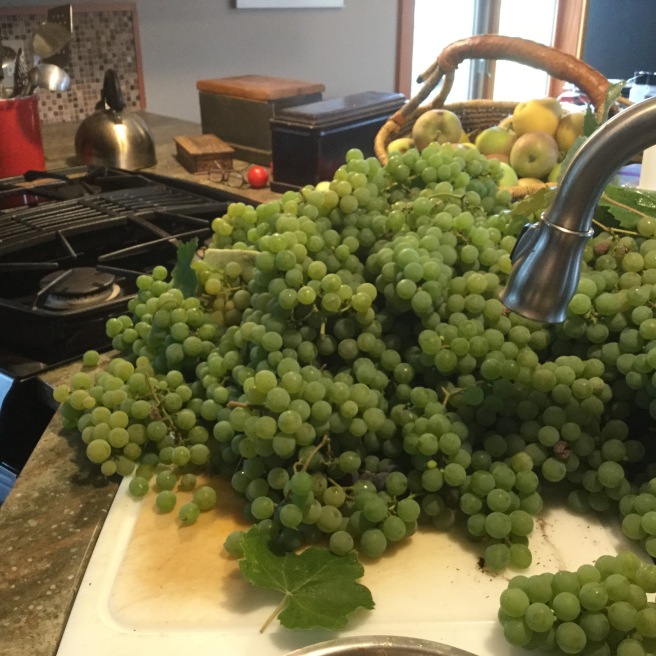 and other fruit, and got our motorhome ready for the trip down south. WE did bring 12 jars of homemade heirloom tomato sauce, 5 jars of Jam, several bags of frozen raspberries, and even delicata squash, which I looked into on the border (what can I bring) site and it is all allowed, so we have MUCH of our garden.  My only concern was several thanksgiving day dinner leftover dishes, because they had meat in them. In the end we left them with Kens uncle in Chilliwack, who had just got out of hospital and maintained that those dinners saved his life  🙂

We had a lot of problems last year with leaking and eventually the whole roof started leaking in a storm, so had to replace that while down here.  Ken has done a lot of other repairs over the summer. It is a 1995 motorhome, so par for the course.  We are in Oregon, where we lived for 13 years, visiting friends, walking beaches, mushroom picking and …

so….a rainy day on the coast, imagine that! Time to once again resume my blog, especially now that we are onto our next obsession: agates.  These are from last year, we learned also how to tumble them. 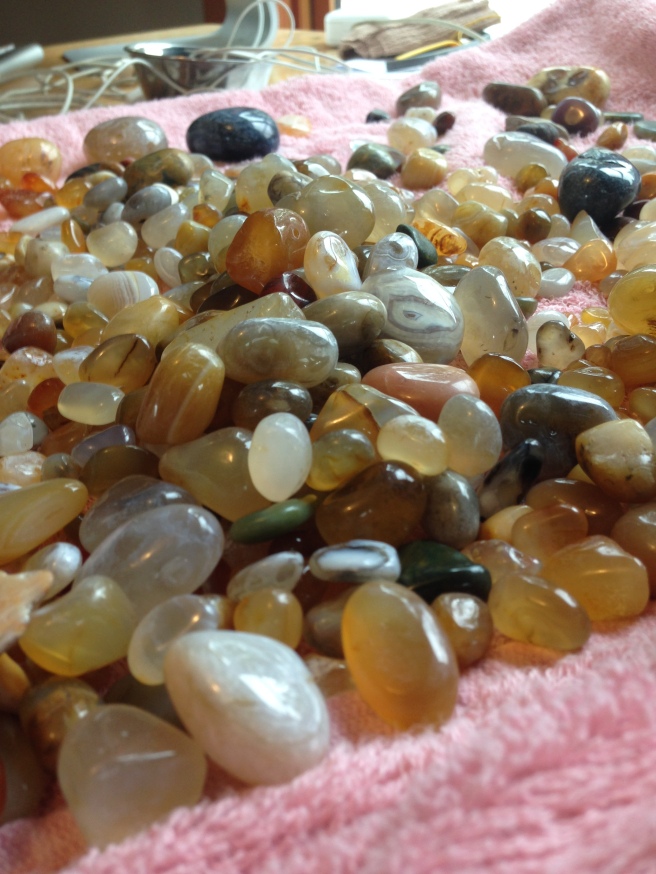 Only thing is that this year is our second year of being rock hounds, and while last year we were adolescent rock hounds, going mainly for the shiny agates, the prettiest  ones we tumbled from last year were the Jasper. Our “repertoire” has essentially doubled.  We are now looking for pretty jasper.

Agates, from what we learned last year, are formed from silica bearing waters that fill the gas bubbles in solidifying lava,  creating a gel.  The water, being alkali, reacts with the iron in the lava, which when it dries leaves lines of iron hydroxide, which forms bands in the finished agate.  I have seen the layers described like the Russian dolls.

Last year we met people on our beach walks who told us what to look for, and so then we had to find out where to find more.   We have only searched on ocean beaches, but they can be found in many other situations. In general they tend to be near where rivers meet the ocean, bringing agates down from areas where volcanoes have erupted years ago.

They say that agates are found near where rivers meet the ocean, and so we fully investigated the Elk river, the Sixes river and the Coquille river.

Problem with the Coquille river is that it has a large jetty fortifying the mouth of the river. I believe that that complicates the agate journey, so very few agates near the Coquille. However the Elk river opens into the ocean a few miles south of the Cape Blanco lighthouse and some days we found agates. It is a 1.5 mile walk down the beach to get to the river, and you might find agates there one day, and the next day it might all be sand, but for us we love the walk anyways.  In many ways we just need a reason for the walk, we also love hunting for mushrooms.

This year we walked to the Elk river from the south side, Paridise point. It was about a 3.5 mile walk.

The thing about agates is that over the summer they lie deep under all the sand that the wind brings, and they are only revealed when the winter storms with the large swells drag the sand back revealing the hidden treasures.  There are some “agate beds” that remain hidden for many years, only becoming visible with the most severe storms.  We were amazed last year with beaches like Merchants beach. It is north of Bandon, which is a very flat beach, all sand. WE were wondering what the booklet said about finding agates there, as we found nothing but old car engines, 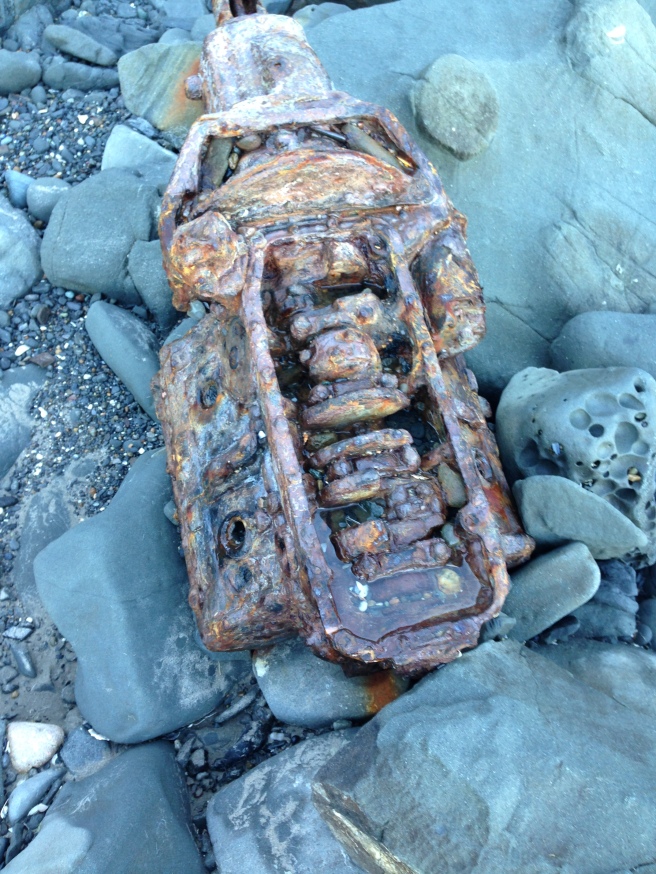 but then one day it all opened up and it became a gravel beach with large stones.  Mostly jasper… more on that later..  The other thing that is interesting is how much the direction of the river changes day to day, and year to year. I guess that is part of the reason for the Jetties….as well as break waters. I mean one day you could be river frontage and then next day you could be IN the river.

The next thing is the tides. It seems that the really low tides in the winter are always during the night.  THEN the size of swells, which I did not fully appreciate until being out on a low tide day with large swells, might just as well have been a high tide. Also on a high tide day with no swells it is like a low tide.  So figuring out how to get down a beach that disappears during a high tide, is important to make sure you do not get stranded somewhere.  Rain and wind are only “relatively” important. Depending on how water proof your clothes are, and just how motivated you are. We have gone out on days we should not have….. not photos though.

It really helps, when you are looking for agates, if the sun is shining. The sun actually “lights them up” like little lanterns, so you will see a bed of gravel and when you are facing the sun, the agates will shine like little flashlights.

So an ideal day is sunny, lots of gravel and a favourable tide.  Here are a few that show the lines..